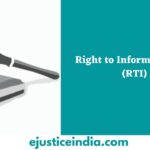 Author: Suruchi Suman Introduction The Right to Information in short RTI is an act of the Parliament of India which sets out the rules and procedures regarding citizens’ right to information. It replaced the former Freedom of Information Act, 2002. RTI means that any Indian citizen can request any information (which is supposed to be
Read More

The Ministry of Law and Justice’s Legislative Department is primarily responsible for the drafting of all major legislation for the Central Government, including bills to be introduced in Parliament, presidential ordinances, measures to be enacted as President’s Acts for States under the President’s rule, and regulations to be made by the President for Union territories.
Read More

The Indian Patent Office, also known as the Controller General of Patents, Designs, and Trade Marks, is an organisation within the Department for Promotion of Industry and Internal Trade that administers Indian patent, design, and trade mark law. This internship programme intends to help achieve the following goals set forth in the National IPR Policy
Read More 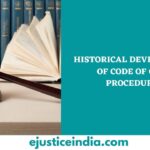 Author: The Legal Lock LET US FIRST LEARN WHAT IS CODE OF CIVIL PROCEDURE IS ACCORDING TO BLACK LAW’S DICTIONARY The Black’s Law Dictionary defines a Civil Procedure as “A body of law concerned with the methods, procedures and practices used in civil litigation.” The Code of Civil Procedure is established in view of regulating
Read More 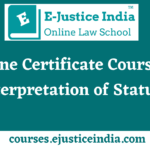 Course Objectives 1. To understand the concept of Interpretation and construction & difference thereto. 2. To understand and examine the relevancy of various principles of interpretation 3. To identify the roles of judiciary in ascertaining meaning of any statute or in law making. 4. To assess the judicial trends in India Course Outcomes On completion
Read More 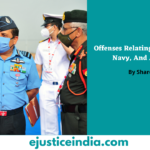 Abstract Chapter VII of the Indian Penal Code, 1860 deals with offenses committed in relation to any defense personnel. The main reason this chapter has been incorporated is for those offenses in which civilians abet offenses committed by the Army, Navy, and Air Force. The basic purpose of this chapter is to maintain discipline under
Read More 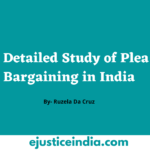 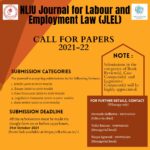 About JLEL The NLIU-JLEL is a peer-reviewed annual labour and employment law journal which aims to create meaningful debate and discourse to build a fair and equitable regime of workspace laws and to study the dynamic confluence of the academic and the human resource represented by such laws. Theme We welcome original, genuine and unpublished
Read More

The University of Lucknow or Lucknow University (LU) is a public state university based in Lucknow, Uttar Pradesh. Founded in 1867, the University of Lucknow is one of the oldest government-owned institutions of higher education in India. LU’s main campus is located at Badshah Bagh, University Road area of the city with a second campus at Jankipuram. LU is a teaching, residential and affiliating
Read More