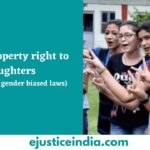 Author: Anusha Almeida “Every secret of a writer’s soul, every experience of his life, every quality of his mind, is written large in his works.” — Virginia Woolf The work of an author is believed to be a representation and extension of his personality. This is the underlying principle behind the concept of moral rights
Read More

Author: Ridhima Singhal 1. INTRODUCTION: LAW OF AGENCY The Law of Agency is concerned with the contractual relationship between two people i.e. the principal and the agent in which the latter acts on behalf of the former. This relationship is what we call ‘Agency’. The logic behind the law of agency is that a person
Read More 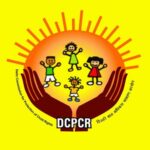 Competition Commission of India (CCI) is a statutory body of the Government of India responsible for enforcing The Competition Act, 2002 and promoting competition throughout India, and preventing activities that have an appreciable adverse effect on competition in India. It was established on October 14, 2003. About the Opportunity In view of the Covid-19 pandemic,
Read More 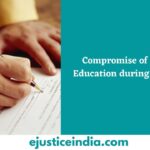 Author: Dibya Ranjan Swain Education is one of the primary attributes of a human being. Without education, the all-around development of a human being is compromised. Education is a basic human right and it helps an individual to grow itself and to help in aiding the society through which society can progress in the path
Read More

NITI Aayog (National Institution for Transforming India), Government of India had initiated an Internship Scheme in 2015. This Scheme seeks to engage students pursuing UG/Graduate/PG Degrees or Research Scholars enrolled in recognized universities/Institutions within India or abroad. The Internship Scheme The interns shall be given exposure to various Verticals/Divisions/Units within NITI Aayog and would be
Read More 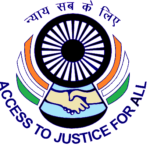 The Legal Services Authorities Act, 1987, is aimed to provide free and competent Legal Services to the weaker sections of the society to ensure that opportunities for securing justice are not denied to any citizen by reason of economic or other disabilities and to organize Lok Adalats to secure that the operation of the legal
Read More