As per the Companies Act, 2013, Serious Fraud Investigation Office (SFIO) has been established through the Government of India vide Notification No. S.O.2005(E) dated 21.07.2015. It is a multi-disciplinary organization under the Ministry of Corporate Affairs, consisting of experts in the field of accountancy, forensic auditing, banking, law, information technology, investigation, company law, capital market
Read More 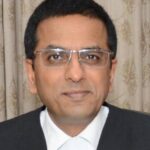 Dhananjaya Yashwant Chandrachud (born 11 November 1959) is an Indian judge who is serving as the 50th and current Chief Justice of India. He is a former ex-officio executive chairman of National Legal Services Authority whilst being J1 (or the senior-most judge after the chief justice) of the Supreme Court of India. In addition, he
Read More 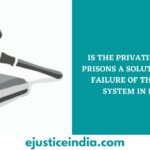 Author(s) – 1. Gayatri Singh (UPES Dehradun) 2. Hardik Manoj Manwani (UPES Dehradun) 3. Avantika Verma (UPES Dehradun) ABSTRACT   One of the most crucial components of the criminal justice system in our nation is prison. The term “correctional facility” also applies to prisons, where the individual who has been charged or found guilty is detained
Read More 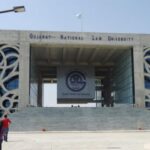 Mr. Shoeb Saher advise start-ups, and small and medium-sized businesses to protect their business interest; legally. About the opportunity Mr. Shoeb Saher is currently accepting applications for virtual internship for his legal consultancy firm in UAE. Eligibility Duration The internship period is for 6 months. Role and Responsibilities The work will include research, drafting and
Read More 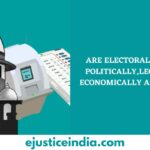 Author: Kruti Brahmbhatt (Gujrat Law Society, Ahmedabad) What are electoral freebies? These are the promises made by the politicians to give free services or commodities in exchange of the votes in order to bring them in power. Generally free electricity, free water, allowances to the unemployed, free gadgets and free scooters are some examples of
Read More 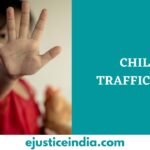 Author: Preeti Nakhat (KIIT School of Law) ABSTRACT A child is a priceless asset to any community and is undoubtedly important to the growth of the country. The way a nation raises its children to become its citizens will determine how that nation will develop in the future. According to the Child Labour (Prohibition and
Read More 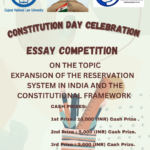 Author: Esha Jain (Kalinga School of Law, Bhubaneshwara) INTRODUCTION Dowry is considered as one of the traditional customs of the marriage and the evil associated with the marriage is dowry system. Marriage is not a formal contract but rather a sacred relationship in Hindu culture. However, it appears that the dowry custom runs counter to
Read More