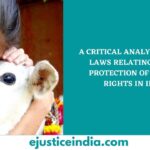 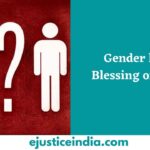 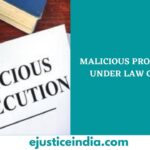 Author: Ayushi Kumari (The ICFAI University, Dehradun) INTRODUCTION Malicious prosecution and arrest, as well as malicious bankruptcy and liquidation procedures (civil proceedings), malicious execution of process against property, and malicious search, are all examples of malicious processes. The malicious aim of unsuccessful criminal, bankruptcy, or liquidation actions against someone without reasonable or probable grounds is
Read More 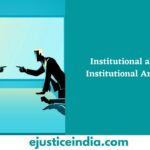 Author: Komal Saloni Introduction The problem of backlog and pendency of cases afflict the Indian legal system and an ever-augmenting economy which intensify the challenges. Arbitration was supposed to be a solution for the same. It was in practice even before the codified law came into force. The institutionalisation of arbitration in India and the
Read More 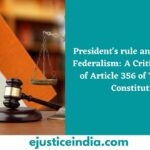 Author: Sachi Upadhyay The legal adage “Qui facit via alium facit per se,” which means “he who acts through another performs the deed himself,” and respondeat superior which the superior’s responsibility for their subordinate’s actions, or, in a broader sense, the responsibility of any third party who had the “right, ability, or duty to control”
Read More 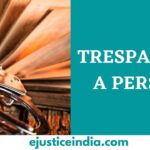 Author: Kritika Soni INTRODUCTION The Law of Torts recognizes a number of actions in trespass. This research note deals with the tort of Trespass to Person. It’s the direct and intentional interference with an individual’s bodily integrity or the apprehension of injury to oneself. This is perhaps the reason why a remedy against this tort
Read More

Author: Satyam Kumar INTRODUCTION A Public Prosecutor is a legal representative of the government either to Central Government or Stare Government, in a criminal trial case brought against an accused person. They are recognised as legal professionals by the court in which they intent to represent the society. They are duly bound to assist the
Read More 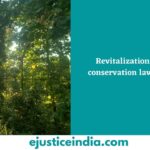 Author: Aadya Dipti Abstract We have different laws regarding protection of environment in India. Forest is part of environment and is one of the important resources. As the population increases, people start clearing forest area for satisfying their need. This arises the need for introducing forest conservation laws to protect forest. British administration first implemented
Read More 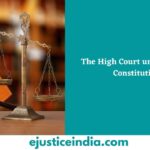 Author: Ruzela Da Cruz Introduction The Judiciary is a very vital and indispensable organ of the Indian State. It plays an important role as the interpreter and guardian of the Indian Constitution. Besides, the judiciary also acts as the custodian of the rights of the people and plays an eminent role in the administration of
Read More