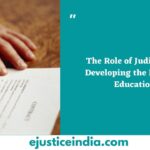 Author: Ruzela Da Cruz INTRODUCTION Education is a very powerful tool that can shape the destiny of an individual as well as the whole nation. It is an important mechanism for the advancement of human beings and has a positive effect on them as it emancipates them and leads them to liberation from ignorance. Education
Read More

Author: Sneha Saha Introduction Custodial death is one of the most exceedingly terrible wrongdoings in a humanized society represented by the Rule of Law. In India where law and order are inborn in every single activity and right to life and freedom is valued and considered to be the most essential right decorating most elevated
Read More 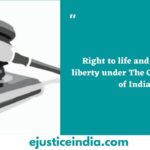 Author: Yashi Sharma Introduction: Right to life and personal liberty was considered as a natural right in traditional times, but with the evolution of human society its definition and interpretation started changing. This right has been described as ‘Heart of Fundamental Rights’ by the Supreme court of India. According to Article 21 of Indian Constitution,”
Read More 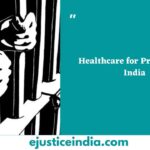 Author: Reny Chauhan INTRODUCTION Prisoners have the right to be non-transferable under international treaties and treaties, have the right to medical services, and most certainly have the right not to get sick from prison. Prison law recognizes that prisoners must not lose all rights due to detention. However, there is a loss of rights within
Read More 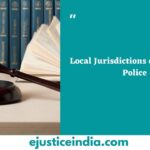 Author: Saksham Anand Sections 177 to 189 contained in Chapter XIII of Criminal Procedure Code 1973 (CrPC) defines the general principles for determining which shall be the proper court to inquire into or try an offence. The basic rule in the context of local Jurisdiction is contained in Section 177 which provides ordinarily ever offence
Read More 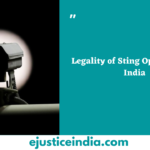 Author: Yug Pratik (The ICFAI University, Dehradun) Introduction It is the foremost responsibility of the authorities of the state to keep its citizenry informed regarding the mechanisms devised and enforced for their welfare and for the better administration of the state. Further, they should also keep a check on several prevalent and possible malpractices, and
Read More 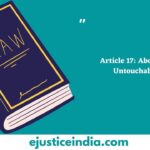 Author: Harpriya WHAT IS UNTOUCHABILITY? Untouchability, in its literal sense, is the practice of ostracizing a minority group by segregating them from the mainstream by social custom or legal mandate. The term is most commonly associated with treatment of the Dalit communities in the Indian subcontinent who were considered polluting. WHAT DO YOU MEAN BY
Read More 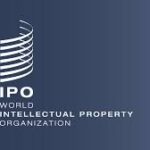 Author: Vidit Pratap Singh WIPO stands for World Intellectual Property Organisation. It is the global forum for intellectual property (IP) services, policy, information and cooperation. It has 193 members and they are self-funding agency of United Nations. The mandate, governing bodies and procedures are set out in the WIPO Convention, which established WIPO in 1967. WIPO – Dispute
Read More

Author: Riya Singh Chauhan India presented the Minimum Wages Act in 1948, giving both the Central government and State government ward in fixing compensation. The demonstration is legitimately non-official, yet legal. Installment of wages underneath the lowest pay permitted by law rate adds up to constrained work. Pay Boards are set up to survey the
Read More 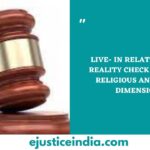 Author: Niharika Kalyan “With changing social norms of legitimacy in every society, including ours, what was illegitimate in the past may be legitimate today.”  Honourable Justice A.K. Ganguly in Revanasiddappa v. Mallikarjun[1] INTRODUCTION ‘Globalisation’ had had both positive and negative influence. Taking the positive aspect into consideration, evil practices such as taking dowry have been abolished. Decriminalization of
Read More