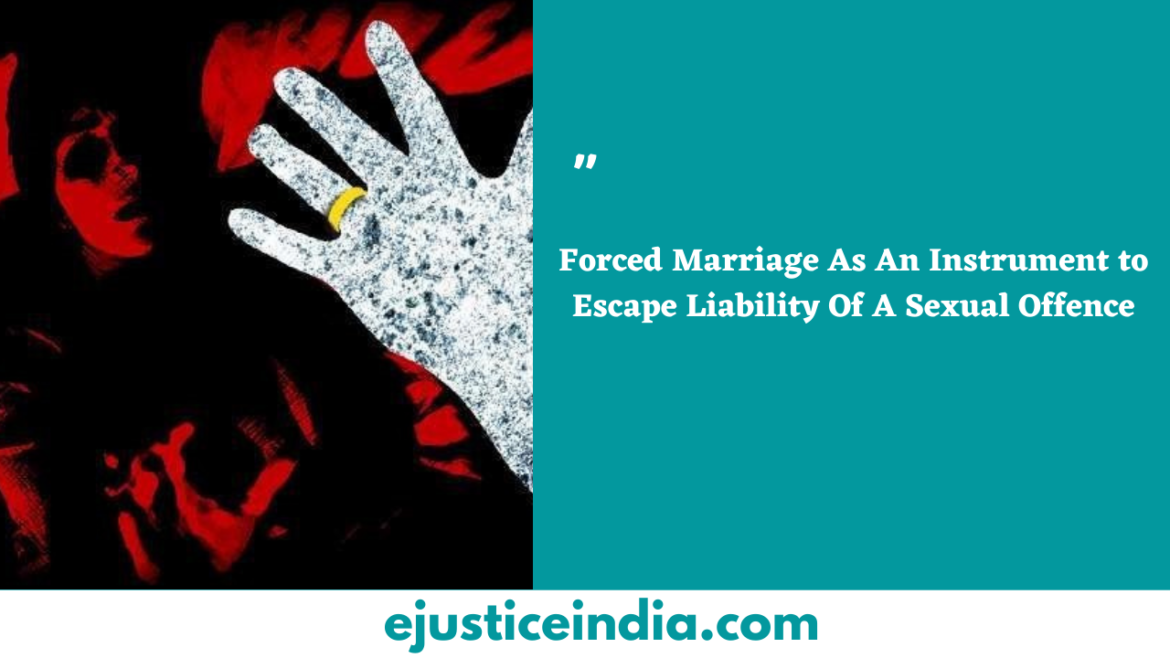 In the current judgment, the Nagpur Judge of Bombay High Court in Satish v. State of Maharashtra, case which is dated on 19.01.2021, on Section 7 of Protection of Children from Sexual Offences Act, 2012, said that sexual assault without undress and or skin to skin contact does not entice Section 7 of POSCO Act 2012. Alternatively, it falls under Section 354 of Indian Penal Code. This judgment has invited scorching criticism and has been reprimand by the Supreme Court which stayed its operation.

In Virendra Singh v. State of H.P case the Himachal Pradesh High Court granted bail to a married man in the case of sexual offence report for having sexual relations with a sixteen year old girl. Bail was granted as the accused agreed to marry the girl and the court deduce that the relationship was mutual. Likewise, recently the Supreme Court asked a man to marry a minor girl, to whom he had raped to get the bail and retain his job. There has been another example in Aparna Bhat v. State of Madhya Pradesh where the accused was granted relief on bind Rakhi on account of which a lawyer contend in the Supreme Court to allow women to bind Rakhi and acquit the accused from the offence of sexual assault.

Is Marriage the end of all sexual offences against minors?

To permit a person accused of sexual assault to marry the victim person and making marriage a way to escape liability for wicked offences is not suitable in a modern society. Sexual offences against children under the classification of the wicked crimes, and marrying the victim to use bail conquer the intention of rearrangement of victims as listed in the provisions of POSCO Act. It imposes unjustified suffering on the victim, who has to live with the outcome of a crime which results in grave injustice to him or her. On marrying the victim, any following rape on the victim becomes legal under the attire of marital rape, which remains unpunished by the law in India. One must ask, if the court penalize the man with a decision of imprisonment in the final verdict, who is then to maintain and produce for his minor wife? All the mental agony might also force the victim to remove the intention of look for justice in any form. Above all, the definition of a good wife in Indian marriages is a compliant woman. The good wife suffers silently, is merciful for all the abuse in a patriarchal Indian marriage.

The example of Madhya Pradesh stated above has a couple dazzling problems. Firstly, the accused is previously married. Asking him to take the minor victim as a wife is against the law and social policies of Indian Government on many levels. Secondly, Hindu Marriage Act, 1955 announce the second marriage as void. It is also against the Prohibition of Child Marriage Act 2006. UNICEF explains child marriage as marriage earlier than 18 years of age examine this practice as breach of human rights.

This mentality is disheartening to saw when, but there are so many policies being acquire by district collectors/SDMs to demoralized families from child marriages, like counseling centers, societal intercession etc. when the Hon’ble Courts come out with orders that permit bail on marrying the victim, nevertheless of age and mess, it fails the progression of being made by such local level administrative actions.

Currently, the legislature has put forward its intention increased the age of marriage for women. This indicates a concern over marriage at a prior age and its effect the economy and socio-legal structure of our country.

A criminological view will throw light on the character of the punishments in the offence against the children. The Juvenile Justice Act 2000 is frequently criticized as opposite of what is provided on the POSCO. Although, the difference is not as serious it may seem. The Juvenile Justice Act falls under the classification of reformatory imprisonment and emphasis on rehabilitation. Instead, POSCO is ridden with the strict provisions which act as disincentive to the offenders. Both of the chunks of legislations are made to preserve the welfare of children, and are interrelated.

As per the reports of National Crime Records Bureau spotlight that conviction in rape case occurs rarely and the rate of conviction is terribly low at 27.2 percent with 94 percent of cases.