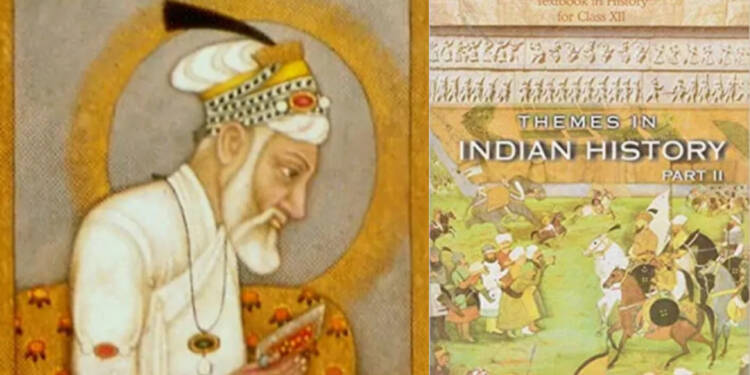 Indeed, the NCERT’s Class-12 history book claims that even when (Hindu) temples were destroyed during the war, grants were issued by Shah Jahan and Aurangzeb to repair them.

Now on the same claim, Bharatpur activist Dapinder Singh has taken this step against NCERT.  Earlier, he had put up an RTI, in which he questioned what are the sources and the facts behind the claims made in the Class 12 history book, on the basis of which it is being taught?

In response to this RTI, when NCERT did not give a satisfactory reply and said that they had no reference to it, Dapinder Singh sent them this notice.  He is of the opinion that why wrong history is being taught to children.  Why clearly not only is the work of tricking the children openly but they are also playing with those who are preparing for an entrance exam.

Dapinder has sought amendment in the content taught in the book.  They believe that without proof how Mughal rulers like Aurangzeb and Shah Jahan were shown to be great.  History is based on facts and information, if such information is given, it will be messing with history.

Significantly, an RTI was imposed in this whole case in January.  The petitioner’s first demand was to be told the source in which these things were said and the number of temples that Aurangzeb and Shah Jahan had repaired.  NCERT says in response to both the questions that its department is not aware of it.

On this, an activist Sanjeev Vakil says that students are being taught history based on imagination.  He says, “NCERT books are considered as benchmarks in terms of education.  They are also read by those preparing for the civil examination and those preparing for other exams.  The next generation is being pushed in the wrong direction and its consequences can be very terrible. ”