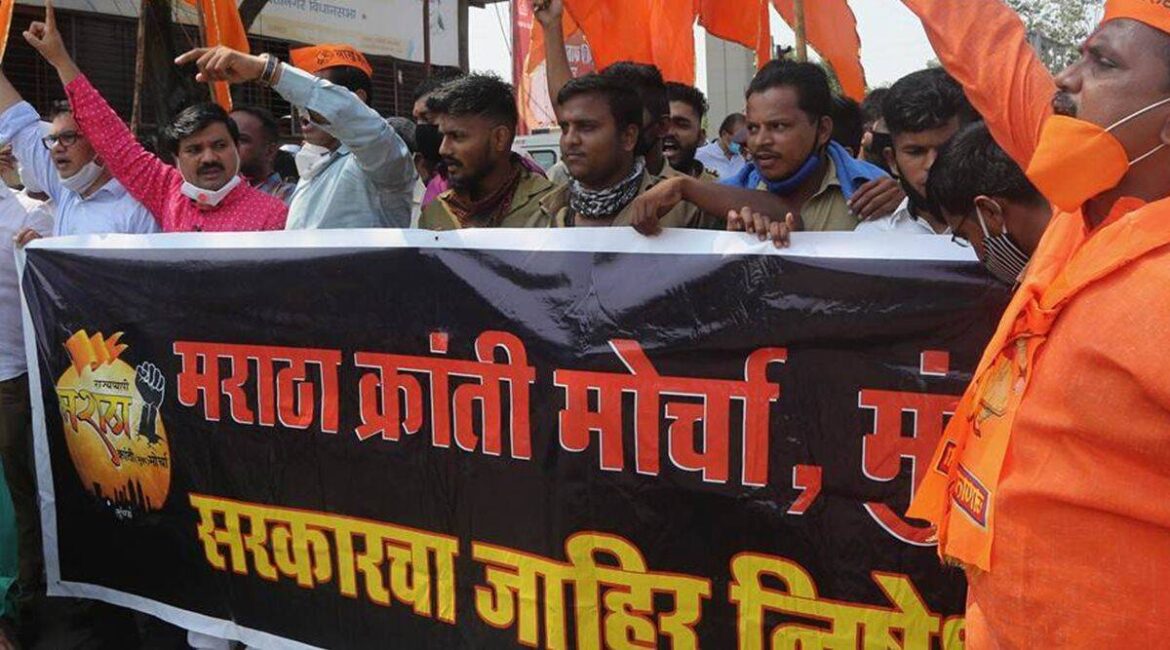 The Maratha reservation has recently been talked much about which is regarding the Maharashtra Government granted the 16 percent reservation to the Maratha Community in educational Institutions and appointment in public Services and is pending in the Supreme Court.

So this started all the way back in 2014.On July 9, 2014 The Maharashtra Government  Promulgated an ordinance which granted 16 percent reservation to Maratha Community in Educational Institutions and Public Employment. However on November 14, 2014 the Bombay stayed the Ordinance by issuing an Interim Order.

After this, The Maharashtra Government implemented the Socially and Educationally Backward Classes Act, 2014 which granted the 16% percent reservation to Socially and Educationally Backward Classes, among which the Maratha Community was also included.However The Bombay High Court stayed the implementation of the Act due to its resemblance with the Ordinance which was earlier stayed.

On January 4, 2017 Maharashtra Government established the Maharashtra State Backward Class Commission which was chaired by Justice Gaikwad.The commission recommended to give 12% and 13% reservation to Marathas in educational and appointments in Public Services respectively.

The Constitutional Validity of the Act was challenged before the Bombay High Court with 3 lead petitions. The Major Arguments which were laid by the petitions were:

However the decision of Bombay High Court was challenged in the Supreme Court by the Jaishri Patil & Ors and the Supreme Court admitted the appeal on July 12, 2019.Initially it was heard by the three judges bench headed by Justice LN Rao but it was later transferred to larger bench bench and now a Constitutional Bench comprising Justices Ashok Bhushan, L Nageswara Rao, S Abdul Nazeer, Hemant Gupta and Ravindra Bhat is hearing this case.

The Prime Argument of Petitioners is that the 50 percent ceiling limit in reservation should not be crossed in any of the cases While the State Government argue that Maratha community is the Community which was denied affirmative action and hence they are eligible for Reservation as it is an extraordinary Circumstance.

My Opinion on this Fiasco

According to me, The court should ask the State Government to make a provision , it could be either be reducing the present percentage of reservation to the Marathas which was given by the SEBC Act, 2018 or it could be by reducing the reservation percentage of the other OBC Communities so that the ceiling limit of 50% is not breached however it is evident from the Para 859(6)(a) which makes it clear that however the ceiling limit of  50% is not a strict rule and also 50% limit is still not given any legislative sanction by the Parliament and Article 15(4), Article 15(5) and 16(4) do not mention the 50% ceiling limit .However if court sanctions this SEBC Act and allows for the exceeding of Reservation above 50%, it will become a precedent for other states too and this would be used by the Political Parties in order to secure their Vote Banks as the ruling government would use the reservation as a tool to win the elections as we have recently seen that how the Jats in Haryana and Patels in Gujarat created a ruckus in order to fulfill their demand of reservation So if the Maratha Reservation is passed, It would a set a precedent and the ruling parties would fulfill the demand of reservation of any group if it is constitutes major part of the State just to win the elections and This reservation would be detrimental for the General Community People who rightfully deserve the place.