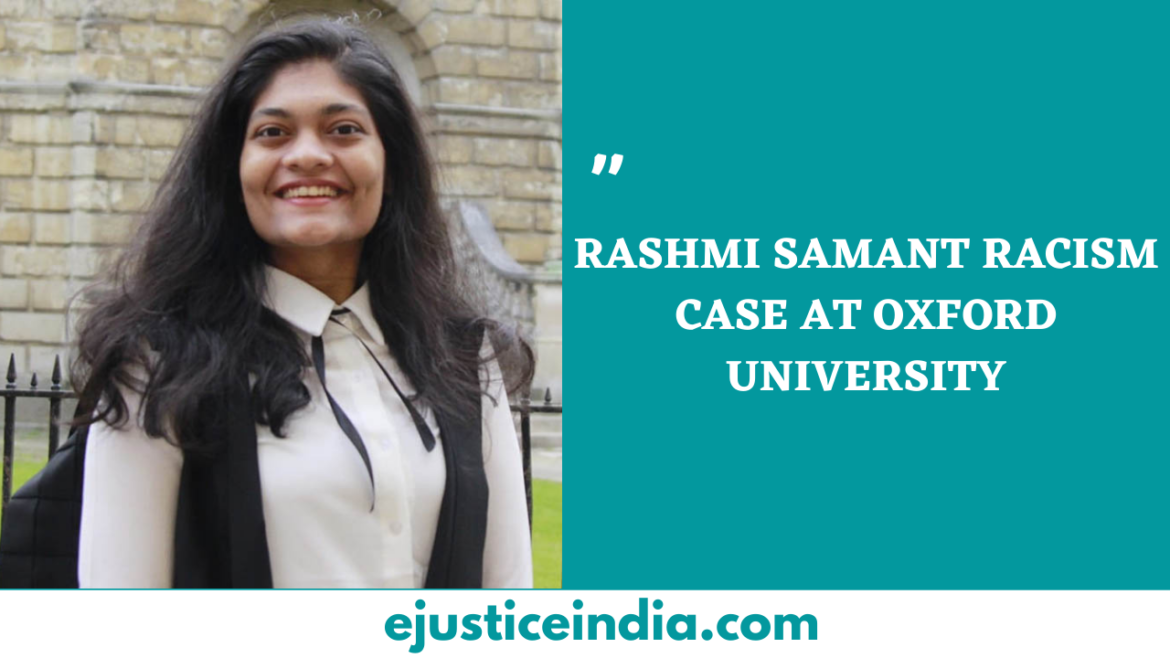 It was for the first time in the history of the United Kingdom when Oxford University elected its first female Indian Student Union President, Rashmi Samant on 11 February 2021 who was to start the tenure from June this year. But before the Student Union could experience her leadership, she resigned.

Who is Rashmi Samant?

Samant decided to contest university elections and campaigned for ‘tackling institutional homophobia and transphobia’ and for inclusivity. But, outside of the realm of imagination, within few hours of the landslide victory with 1,966 of the 3,708 votes, Samant was slammed with the titles of being transphobic, anti-semitic and racist.

Soon after the declaration of the results of election, Samant’s social media accounts were trawled to bring into the light her years old posts having captions that seemed contrary to her election campaign. For instance, in one of the posts on Instagram, Samant is seen posing at the Berlin Holocaust Memorial in 2017. The caption read, “The memorial *CASTS* a *HOLLOW* dream of the past atrocities and deeds” which was perceived as an insensitive pun on the Holocaust by Jewish students. More such posts were picked up from her social media and targeted against Samant. Moreover, an Oxford academic published a Facebook post featuring Samant’s parents. He went on to claim that the filter, an overlay of the text ‘Jai Sri Ram’, used with the photo in question was a celebration of the destruction of a mosque in India[6]. Her posts were labeled anti semitic and racist.

The Oxford Campaign for Racial Awareness and Equality (CRAE) and the Oxford LGBTQ+ Campaign had called for her resignation. Considering the backlashes and cyberbullying that she was receiving, she decided to resign within five days from the post of the President.

India’s reaction on the issue

External Affairs Minister S Jaishankar quoting Mahatma Gandhi in the Rajya Sabha said India can never turn its eyes away from racism. He further said that New Delhi has strong ties with the UK and will take up such matters with great candour when required.

Analysis of the case

This case is a clear cut reflection of the existing racism in the United Kingdom and the cancel culture that took its shape. Firstly, the posts that were being repeatedly slammed were quite old and a person is bound to grow and develop over time. What Samant used to believe in or think five years ago does not necessarily be the same today ! Secondly, this pattern of heated public backlash over the slightest provocation is bound to end careers of the people who cannot survive such hatred. In my opinion, Rashmi Samant does not deserve what is being currently imposed on her by the UK. There is a need to come out of the spectrum of racism and appreciate the efforts of those who achieve success on their merit.