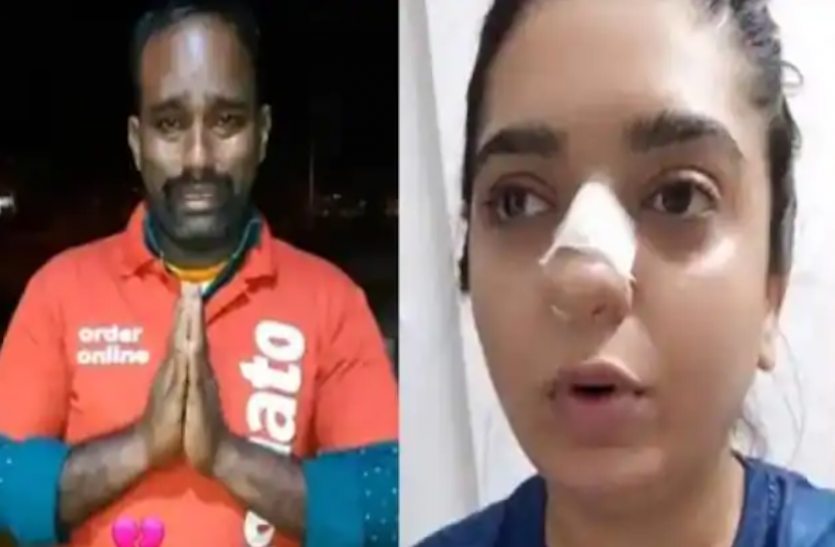 The Bangalore assault case has divided the opinions of citizens of India. The incident which went viral on social media has drawn the attention of people around the country. This case involves the complainant, a software engineer who ordered food from the online food delivery app ‘Zomato’ and cancelled the food stating that it was delayed. The complainant alleged that the delivery boy punched her in the nose leaving it to bleed. The Bengaluru Police after submitting the complaint arrested the respondent, the food delivery boy who was working with Zomato for the last three years. The complainant recorded a video and posted it on social media and the post went viral. She in her complaint alleged that the delivery boy barged into her house even though she cancelled the order due to delay, he placed the food on the table and punched her in the nose and ran away. She in her complaint stated that the assault has caused a fracture in her nose.

DETAILS OF THE CASE:

Hitesha Chandranee, the complainant is a software engineer and an influencer recently posted a video on Instagram stating that the Zomato delivery executive punched in her nose and ran away. The video went viral and the respondent, Kamaraj was arrested by the Bengaluru Police.

But, the Zomato delivery executive, Mr Kamaraj shared an opposite story. He alleged that it was the woman who was verbally abusing him and throwing slippers at him because of the delay in food delivery. He alleged that he had apologised to the complainant for the delay caused due to heavy traffic. And she refused to give the money for the food and asked to get it for free. He further stated that the complainant started hitting him with slippers and when he haw defending himself from the attack his hand touched her right hand and the ring in her hand hit her nose and that’s the reason she was bleeding.

There are a lot of opinions coming from the people across the country, some are in the support of the Zomato Delivery executive stating that the girl has created this whole case so that she can get attention and Instagram followers and some of them are in support of the girl. It is very early to judge someone or come in support of someone because the case is still under investigation and the judicial system is the one who will give judgment but due to social media and so many tweets, people tend to decide everything on their own. Social media has become grievance support for the customers. Most people share posts or tweet rather than file an official complaint in the police station or go to the consumer forum