Marriages can be registered in the virtual presence of parties, the Delhi High Court has ruled, saying that in the present times, citizens cannot be prevented from exercising their rights because of a rigid interpretation of law which calls for “personal presence”. Hearing a plea by a US-based Indian couple seeking to register their marriage
Read More 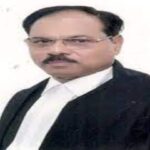 Justice Shekhar Kumar Yadav of Allahabad High Court appealed to the lawyers and said that you argue in Hindi, I will give all the decisions in Hindi only.  He said that Hindi language unites the nation.  Hindi is continuously expanding abroad.  It is a matter of pride for us.  Said that I give 25% of
Read More 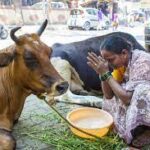 Cow should be declared as the national animal of India, the Allahabad High Court said on Wednesday. , the court also said that cow protection be made a fundamental right of Hindus.  “…because we know that when country’s culture and its faith gets hurt, the country becomes weak,” the court said while denying bail to
Read More

The Delhi High Court on Thursday said it may resume its physical functioning on experimental basis. It was restricted due to the COVID-19 pandemic, from August 16. The administrative order issued by High Court Registrar General Manoj Jain said this will be done in a restricted manner subject to further orders based on evaluation of
Read More

By Sushma Narayanan The Supreme Court declined to hear a PIL seeking a direction to allow to restart the distribution of a “herbal concoction” claiming it has shown miraculous results in numerous COVID 19 patients, including critical patients with low oxygen levels. The suit filed by law students( Abhinandan C ) and submitted before the
Read More

By Ruzela Da Cruz The ‘Right to be Forgotten’ is the right to have the personal information of a person which is publicly available to be lawfully removed from public records including the internet. The Madras High Court recently made an important observation regarding this essential Right to be forgotten. Justice N Anand Venkatesh observed
Read More

By Bhavya Jain The Supreme Court on 16 July 2021 took suo moto cognizance to order Uttar Pradesh Government to reconsider its decision to allow Kanwar Yatra or else the court will itself pass a stay order. The Kanwar Yatra is a religious gathering which takes place every year with the onset of the month
Read More

By Daksha Dhiman It started with a teenager, Gopal Sharma who started shooting the Anti CAA protesters on January 30 2020. On 4 July 2021 a highly provocative speech against the Muslim community given by him in a mahapanchayat in Pataudi, Haryana followed his arrest on 12 July on for inciting violence and disharmony in
Read More

By Sneha Saha On the constitution of the Mental Healthcare Act of 2017 the Gauhati High Court seek to the response of Nagaland Governments respond. The court said that in the year 2017 April 7 the show on privileges of people who are disable and a discretionary convention was embraced at United Nation Headquarter at
Read More